Related to all trendfollowing strategies:

Because of the adaptive nature of position sizing, trend-following strategies can generate the positive skewness of their returns, when infrequent large gains compensate overall for frequent small losses. Further, trend-followers can produce the positive convexity of their returns with respect to stock market indices, when large gains are realized during either very bearish or very bullish markets. The positive convexity along with the overall positive performance make trend-following strategies viable diversifiers and alpha generators for both long-only portfolios and alternatives investments.

I provide a practical analysis of how the skewness and convexity profiles of trend-followers depend on the trend smoothing parameter differentiating between slow-paced and fast-paced trend-followers. I show how the returns measurement frequency affects the realized convexity of the trend-followers. Finally, I discuss an interesting connection between trend-following and stock momentum strategies and illustrate the benefits of allocation to trend-followers within alternatives portfolio.

1. The skewness and the convexity of strategy returns with respect to the benchmark are the key metrics to assess the risk-profile of quant strategies. Strategies with the significant positive skewness and convexity are expected to generate large gains during market stress periods and, as a result, convex strategies can serve as robust diversifiers. Using benchmark indices on major hedge fund strategies, I show the following.
– While long volatility hedge funds produce the positive skewness, they do not produce the positive convexity.
– Tail risk hedge funds can generate significant skewness and convexity, however at the expense of strongly negative overall performance.
– Trend-following CTAs can produce significant positive convexity similar to the tail risk funds and yet trend-followers can produce positive overall performance delivering alpha over long horizons. 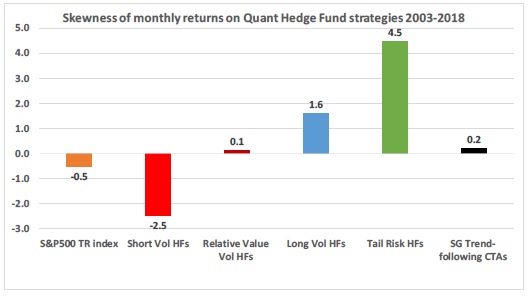 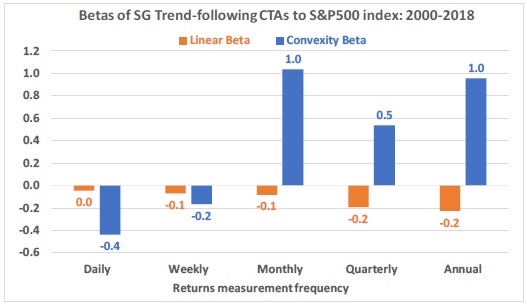 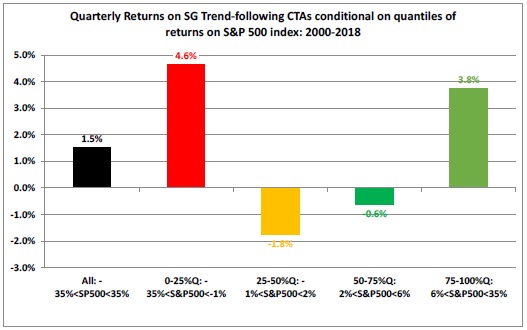 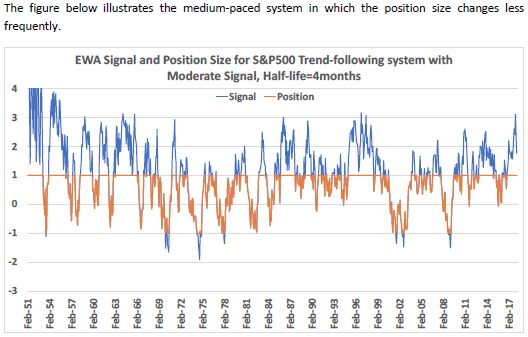 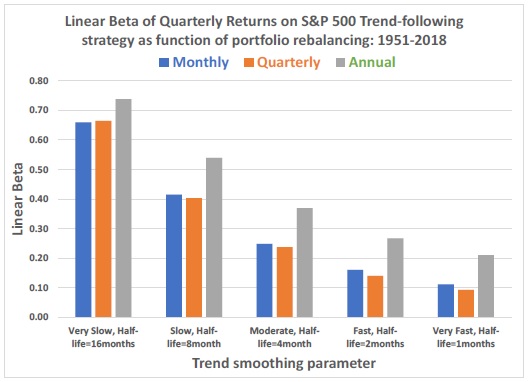 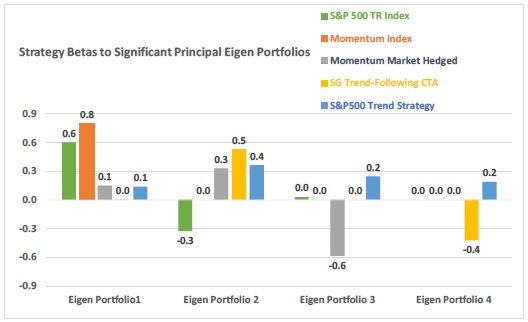